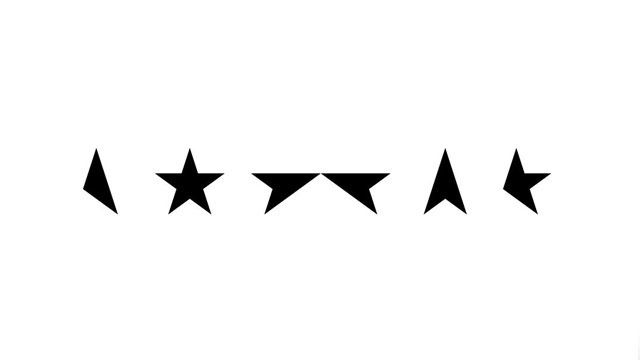 This post inaugurates a mini-series of Belated Drafts. Basically, I’m working hard on the Ph.D. at the moment, so have less time to work on the blog. So, I have decided to  the surprisingly large backlog of posts that I just never got around to publishing. That’s why this post seems to be slightly untimely. Now, I have in no way earned the title of “David Bowie Fan”. I’d hardly heard any of his music at all until recently. I have only listened to Hunky Dory and The Rise and Fall of Ziggy Stardust *, and even those I listened to for the first time less than a month before his death. Like a lot of people, I bought *Blackstar when I heard he died. I became slightly obsessed with the eponymous track, as I did not understand it all, and dedicated an amount of thought into working out what on earth it was trying to say.

Something happened on the day he died
Spirit rose a meter, and stepped aside
Somebody else took its place, and bravely cried
“I’m a blackstar, I’m a blackstar”

Naturally, this lyric held a certain resonance as I listened “on the day he died”. At first I almost thought this was a literal reference to the album, released only a few days before. But the more I listened, the less that thought made sense. Perhaps, as some have suggested, it was not meant to make sense, either insofar as it is deliberate nonsense or is intended to be open to interpretation. But, being “open to interpretation” imparts on us a duty of interpretation; we can’t just say it means whatever you want it to mean.

In the end, I think this song deals with the issue of the “death of the author”. The term, first used by Roland Barthes, names the argument that we cannot ever understand a text with sole reference to the author’s intentions. Michel Foucault developed this line of thought in his own essay “What is an Author?”, where he argued that when we refer to the author of a body of work, we do not name an individual, a group or any human producer of said work; what we name is the “author function”, a discursive device that groups together disparate statements.

In this vein, we could talk about David Bowie the “author function” and David Bowie the human being. Without any hint of ridicule, it is difficult to think that the grief that people felt at Bowie’s death as the grief of human to human, but as fan to artist. The fan-artist relationship is not one of friendship or love, but of audience to artwork. When one says they love Beethoven or love David Bowie, they do not mean the human being, but the body of music and the effect it has had on their lives, the name of the artist here serves as an author function.

We have access to the author-function through the art work, but never to the human being. Nor, speaking seriously, would we want such a connection. I think the song Blackstar expresses this fact. To repeat the lyric that so possessed me,

Something happened on the day he died
Spirit rose a meter, and stepped aside
Somebody else took its place, and bravely cried
“I’m a blackstar, I’m a blackstar”

Spirit here is, I think, the author function, the public myth of the artist viagra ohne rezept aus deutschland. Bowie himself, as human being, would therefore be the blackstar: a black hole, an entity with which we have no direct contact but only infer its existence and nature by its effects. If Bowie were a black hole, the author-function and artist would be the accretion disc: the bright and visible disruption surrounding the singularity that causes it, but which is itself intrinsically dark, inaccessible, and beyond our having (hyperechon, as Plato describes the Form of the Good in the Simile of the Sun)

The spirit of Bowie, his artistic contribution, separates his body and goes on to live eternally in the public realm, whilst his authentic identity, his human self, takes its place and goes to its doom, passed over by everyone even as papers, televisions, social media and pub conversation gabbles about the author-function he is not.

We were born upside down. Our contribution to society is what is prominent. Our effects in the world conceal us, the cause of them. When the artist dies, he is not mourned. The author-function is. This is, i think, the point of the music video, where a funeral ceremony seems to be performed for Major Tom rather than Bowie himself in the opening and closing sections of the song, which constitute a paganesque requiem.

If the eyes are the windows of the soul, then to idolise the eye is to admire the window and not the vista. As to the meaning of the other lyrics in this requiem, I don’t. But if you’re an atheist, surely all prayers to the dead are nonsense, so why not make your own up?