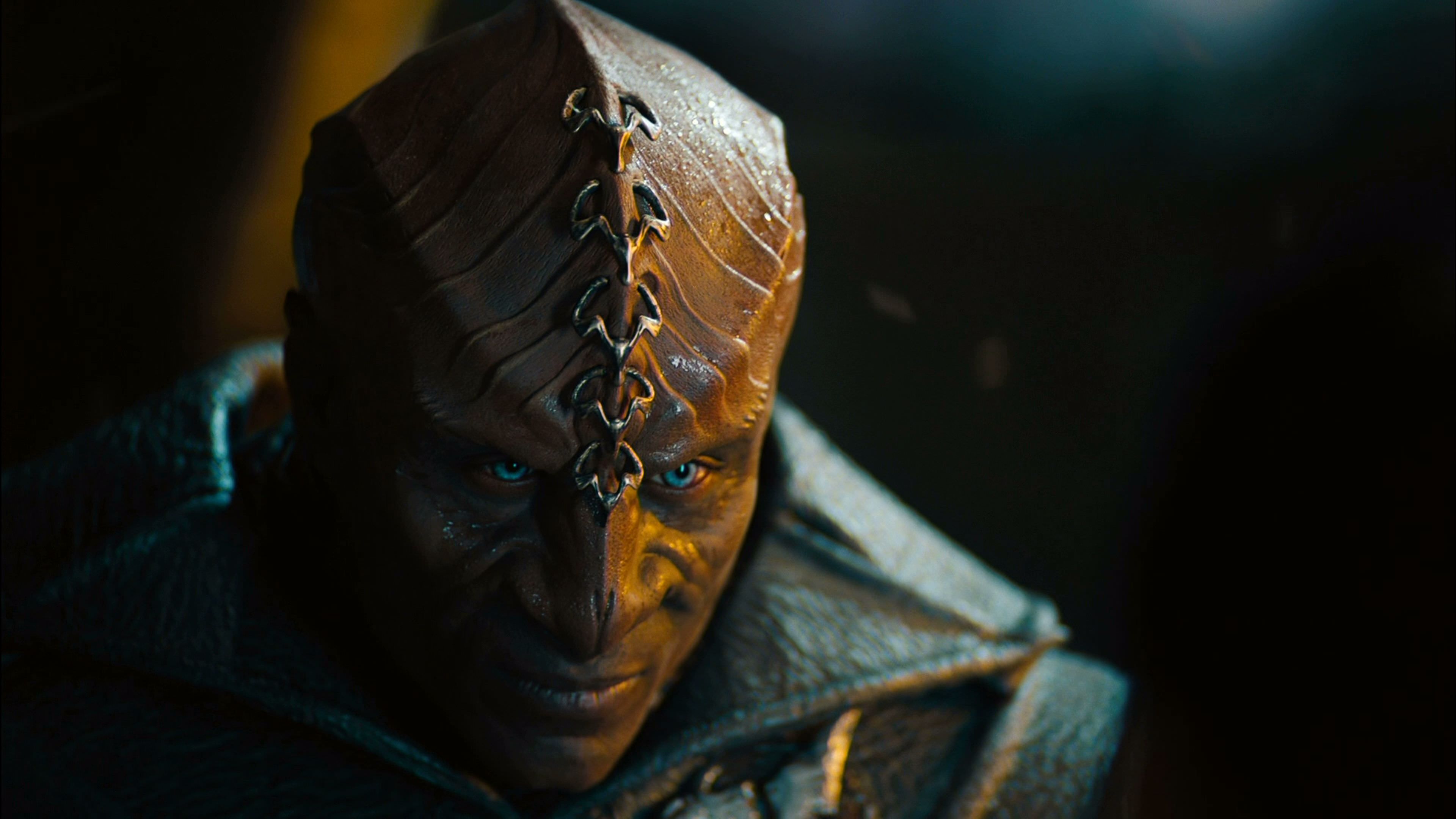 I kind of enjoyed Star Trek: Into Darkness at the time, but the Klingons always bugged me in it. Now, I’m not going to go onto some sort of rant about how they look different to the Klingons in the TV shows and earlier films and how it’s difficult to fit them in. The aliens in Star Trek regularly have their make-up and entire culture changed. The Klingons, in particular, probably have this done the most. Looking for consistency in Star Trek is almost as futile as looking for it in the Bible. Star Trek is consistently self-contradictory, even within individual series let alone across different stages in the franchise.

I’m not even really bothered about their appearance in the film. What I’m bothered about is the following comment about the Klingons from Abrams: ‘Their role in this [film] is definitely adversarial’. Circulating around this comment is the myth that ‘the Klingons began as a purely villainous race in the original series, but grew into Federation allies during later series‘.

Now, the idea of having the Klingons as a purely villainous race makes sense for an action film version of Star Trek. But, as soon as this move is made, we have to recognise that we have left what the franchise was originally about because the Klingons were never “purely” adversarial. They were adversaries, but their appearances in The Original Series always served a higher function. I’m no Trekologist, but it seems to me that the standard reading is that the Klingons were the Soviets. Ignoring whether or not this was the explicit intention of the writers, this reading is evidenced by several key facts:

However, this reading is complicated by the fact that the Federation are Socialists. Surely, they would have to be the Soviets? This, in turn, would make the US the Klingons: a villainous, ruthless, imperialistic race, killing huge amounts of people in order to gain resources and power. Now, I’m not saying Star Trek wasn’t politically radical in its own way, but that sort of statement is a bit on the nose.

Further, neither side have enough in common with either the US or the Soviets in the 60s to justify this claim. What I would suggest, in contrast, is that rather than being an allegory or symbol of the Soviets, it is simply that the relationship between the Federation and the Klingons is applicable to the cold war rather than representative of it. It is an analogy of the relationship not the relata. So what was the role of the Klingons? I think it was to stage a philosophical discussion of the nature of the adversarial relationship as such. So, what we have with the Klingons is a treatment of what it is to be adversaries in general, rather than telling us something about the US and its particular adversaries.

To establish this, we can look at the first appearance of the Klingons: Errand of Mercy. In this, the Enterprise is ordered to secure a formal relationship with a seemingly primative culture because their planet is in a location that is tactically advantagous in their ongoing disputes with the Klingon Empire.  It eventually turns out that the inhabitants of the planet are more advanced than either the federation or the Klingons and they use their power to put a stop to the war erupting between them, an action protested by both Kirk and Korr, the Klingon antagonist. The show ends with Korr suggesting to Kirk that they team up to take on the super-evolved species, when Kirk realises their hubris and backs down. The message of the Klingons is that our enemies are the same as us, they just happen to be on the wrong side.