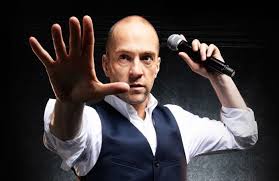 All argument aims at consensus. We might pretend that we’re “establishing the truth”, but all that really means is trying to get people to agree with us. For this reason, arguments between the religious and non-religious concerning religion rarely achieve anything, since both parties are already convinced of basic principles that are incompatible. For example, arguing that God should not be believed in because there is no evidence will never work, since the believer has, by definition, already decided that God is an exception to this principle of credulity.

So, the question for atheists like Derren Brown who believe the world would be a better place without the influence of religion, even if they don’t want to purge it entirely, becomes one of method: how does one bring someone into a new consensus where one is more sceptical about God’s existence?

Miracle, which arrived on Netflix recently, is an interesting tactic in this vein. Rather than attempting to prove religion wrong, Brown proves at least part of it right. If you haven’t seen it, you should probably stop reading and come back later.

In Miracle, Derren Brown adopts the techniques and vocabulary of the faith healer, and successfully heals people. He takes away pain. He improves someone’s eyesight. He even takes a non-believer’s eyesight away. He speaks in tongues. He knows things he (seemingly) shouldn’t be able to know about family and friends and illness. And, through all this, he speaks the prayerful language of the evangelical tradition, something he has learned to do both through analytical observation of professional faith healers, and no doubt from memory of his misguided youth as a fundamentalist Christian.

All of this is the greatest refutation of faith healing there could be: the proof that it does actually works. In his closing remarks, he tells the audience he does not believe that the Holy Spirit is responsible, but rather the mind’s remarkable psychosomatic power to reduce pain if it is convinced that the pain will go away, no different to how psychosomatic pains can arise out of the belief that they will. This I think is typified in this exchange with a member of the audience, which I am quoting from memory because I can’t be bothered to load up Netflix right now.

DB: Do you believe in God?

DB [slipping out of his faith-healer character]: Have you ever had any real proof?

DB: Well, I’m about to give you some.

In the words of Douglas Adams’ version of God in the Hitchikkers Guide to the Galaxy, God cannot prove his existence because proof denies faith and without faith he is nothing. Religious faith is a living conviction that breaths mystery. Where mystery is explained, faith is less compelling.

An atheist proving that faith healing is nonsense can always be doubted. But, an atheist proving it works by performing the same “miracles” as the self-avowed faith healer cannot be ignored. Finding out that it actually does work, and that how it works has everything to do with psychosomatic embodiment and nothing to do with a divine hand is, well, boring. Faith is strong when it is exhilarating and brightens your world. When it is proven and obvious, it becomes banal.

Mystery is exciting. The other day, I asked my first question on Quora, which is like Yahoo answers but experts rather than trolls give you the answer. The question I asked had me extremely intrigued an excited because, since it wasn’t some fact I could just Google, I had to wait for an answer. Just as Google takes the excitement and mystery out of pub debates over which Radiohead album was released first, demonstration of the natural embodiment of faith and its effects, dims the force of religious faith.