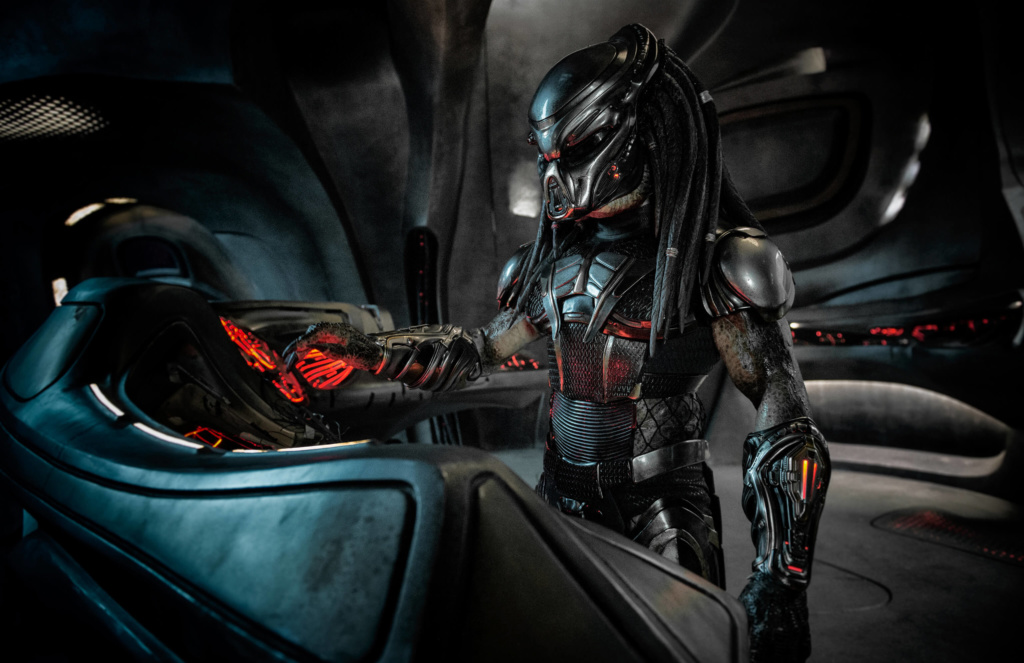 Spoilers, obviously. What do you expect from a film blog? Dick.

The Predator is a surprisingly enjoyable film. It maintains the recent re-injection of humour into action films that started with Deadpool, whilst telling an intricate story that has very few things that make no sense. The latter is surprising. Sense is in short supply around the world, and must be rationed for more important things than art. And so, we must allow some latitude for the fact that no film has entirely made sense since Inception, which made perfect sense. In fact, it made so much sense that there was no sense left for the public to make sense of it, and for them to vote sensibly in any country ever again, except Ireland.

The Predator has no more than the median amount of nonsense, and above all had interesting characters that I cared about. I was surprised, therefore, to read that it has been critically panned and bombed. As with Solo: A Star Wars Story, I’ve found myself confused and bemused to have enjoyed something that everyone seems to think is awful. I mean, what more do you want: humour, action, good characters, things making sense, a political point about global warming, and a zombie-film like focus on how a threat makes humans attack each other, rather than rallying together. Hmm, now that you mention it: there was an awful lot going on.

In many ways, it reminds me of the first season of The Black Adder: too many conflicting ideas suffocating each other. The Predator is just a bit saturated. Because of this, it collides with a debate that I am having, and losing, with my friend concerning character in film. I praised films with interesting characters and those without as hollow and empty. The next day, I read Aristotle’s Poetics and found that he sided with my friend instead of me:

The story, then, is the source and is like the soul of the tragedy, and the states of character rank second.

Tragedy is about story first, and character second. By story, Aristotle means action: things being done. A Tragedy should be the presentation of a single deed. Anything else will start to saturate it. Now, Tragedy is a specific art form, but bears much in common with film and theatre. And, indeed, one might expect the claim to hold for the genre that we call “action” film. If we compare The Predator with the franchise’s original film, Predator, we can see the issue. Predator is clearly a film about one action: Dutch killing the predator, against all odds, where all else have failed. Its characters are forgettable props for the development of that story.

The Predator, by contrast, takes a huge amount of time establishing and developing its characters. Even the two predators have characters! One of them finds a translator and actually makes a joke. It’s quite a good one. If the anonymous alien monsters are making jokes, imagine the the character development of the brave and honourable sniper; his autistic son who can read the predator language and come face to face with predator dogs without screaming; the son’s intolerant and childish bullies; the female top-of-her-field biologist who can use a shotgun; the loyal predator dog she adopts; the team of soldiers with mental health issues; and the chirpy but sociopathic federal agent antagonist.

In short, maybe the problem with The Predator is just that it has a too many good parts to be good as a whole. As with everything, Aristotle has some advice here:

So just as, in the other imitative arts, one imitation is of one thing, so to the story, since it is an imitation of an action, ought to be one action, and ought to be the whole. And the parts of the actions performed ought to be organized in such a way that, when any part is displaced or removed, the whole becomes something different and changes. For that which makes no noticeable difference when it is there or not there is no part of the whole.